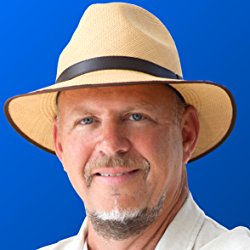 WARNING- I received a free Audible credit from the author Mike Wells to review this book (bribery). Well, not exactly because I COULD have used the credit on ANYTHING to include Neil Gaiman’s Norse Mythology that I’ve had my ear on…

But I did the right thing. Besides, I enjoyed Mike’s last book that I reviewed Passion, Power & Sin so much that I gave his work another go. I burned through these 10 hours in about 2 days while getting ready. driving, and cooking dinner.

Born in the worst suburb in Pittsburgh, Elaine Brogan is bright, beautiful and bold. When her father is falsely arrested for passing counterfeit $100 bills, Elaine vows to become a Secret Service agent and track down the man responsible. After barely surviving the arduous Secret Service Training Academy in Laurel, Maryland, she is transferred to bleak and blustery Great Falls, Montana.

But things do not go as planned, and Elaine soon finds herself betrayed and thrown into an adventure that takes her halfway around the world, from dark and mysterious Sofia, Bulgaria, to Moscow Russia, and finally, to Milan, Italy. In the end, will Elaine find the love and happiness she truly seeks…or will she turn to a life of obscene wealth, power and corruption?

What I Liked About this Book:

I want to talk to you about crime…NOT the ones that I am thinking of committing but counterfeit to the 100th degree, murder, two-timing, and espionage.

Mike Wells has an uncanny ability to take a crime such as counterfeiting, research the heck out of it, and tell a believable, worldly tale that spans several years and country borders.

Both books are led by a strong female heroine who is cute, has some grit, and contains enough moral ambiguity within her small body to get the job done. Elaine Brogan is a great character and I especially enjoyed her origin story to include her college years and her time spent at the secret service academy.

I also enjoyed the concept of counterfeit operations. These went beyond money, and into the realms of dress and apparel. The premier villain, Cattoretti, has a great backstory with humble beginnings in Italy to knock-off and counterfeit tycoon.

Does Mike Wells know what he is talking about? Are the machines and processes he describes real? SURE. I have no idea, but the story-line, again, is so believable that I don’t even care. Truly Entertaining.

The Audible performance was once again superb.

Formula much? The formula for this plot is almost identical to the last book.

Let me throw together the recipe for you:

Voila! You have both of these books. I’m not going to lie, this is quite entertaining. Even though it is formulaic, plenty of the top sellers that are going like hotcakes in the airport right now are the same way. Can’t exactly knock a good thing, and I figure Mike has plenty of tricks up his sleeve a this one goes on until newly released book 11.

Hard to knock something that works.

But I don’t think that I can read Baby Talk, sorry Mike. I am interested in Wild Child and The Wrong Side of the Tracks though, both from around 2014.

What this Does for My Writing:

I thought I wrote a crime novella, Modern Waste, and am working on the next Worked Stiff: Crime Does Pay, but my little meth-driven capers in the backwoods and petty thieves of North Georgia couldn’t hold a candle to the criminal empire building that Mike creates.

I do like these books and it makes me think about my own formulas. I took some jabs at it above, but if it pays the bills and people are happy and entertained, who cares?

Again, Mike Wells has so many series and books that he probably wrote one while I was filming and writing this silly blog.

His common use of strong female leads also provide inspiration for my own.

I certainly recommend these books to anyone who just wants to sit on the beach this summer and chill with a good yarn. You can span a lot of time and territory with Mike’s work and you don’t even have to get locked up!